A gamer since before he can really recall, Mark has been an active LARPer for over 22 years. In his day job, he teaches and writes academic works examining gender in film and comics, and he can’t help but put some of that into the LARPs he helps write. He started PCP over a decade ago with his dearest friends, and he looks forward to growing old running games with them. His parents long thought he’d put away games, but if his mother wanted him to stop, she should have let him win a game of Scrabble when he was a kid.

Rob has been a gamer since he was nine, he’s written and run roleplaying games for about 30 years. He’s been playing in LARPs since the late 1990s and has been writing and running large scale games for networked LARPs across the last ten years. His real life is shrouded in mystery.

Kathy has been acting and roleplaying most of her life. Starting with theater in her youth, she moved on to LARPing as soon as she knew what it was. She is a published writer of academic non-fiction and has been a primary writer of LARPs for over a decade. She has a day job at a University where she shares her love of writing and reading with students, who probably wouldn’t be as surprised as she thinks they would be at just how much of a geek she is.

Always a lover of board games since he was old enough to play, Scott’s introduction into roleplaying games was first edition AD&D with his father as the Dungeon Master. He soon graduated to other roleplaying games outside the fantasy genre – sci-fi, superheroes, supernatural investigation, and eventually into the horror genre. By his college years, he was an experienced gamemaster. Soon he was drawn into the popular vampire LARP by a friend and hasn’t stopped LARPing since. With over 30 years of roleplaying game and 17 years of LARPing experience, his passion for his hobby is at its height. By day he is a mild-mannered Project Manager at a technology company, but little would they suspect how often he turns into a vampire, werewolf, or other supernatural creature by night.

Corey has been an avid gamer since he first was able to pick up a controller or roll dice. For over twenty years he has been immersed in and obsessed with roleplaying games, starting at the table with FASA games like Earthdawn and Shadowrun, but soon expanding out into the burgeoning LARP communities of the ‘90s. While he has always loved playing games, his true passion from the beginning has always been writing and creating his own stories, characters, and worlds.

Who says you must stop playing dress up as an adult? A collector of unique jewelry and fashion pieces, Jaimie joined the LARPing community out of interest for the costuming element that it contained. Now it’s been almost a decade, and she hasn’t regretted it since. 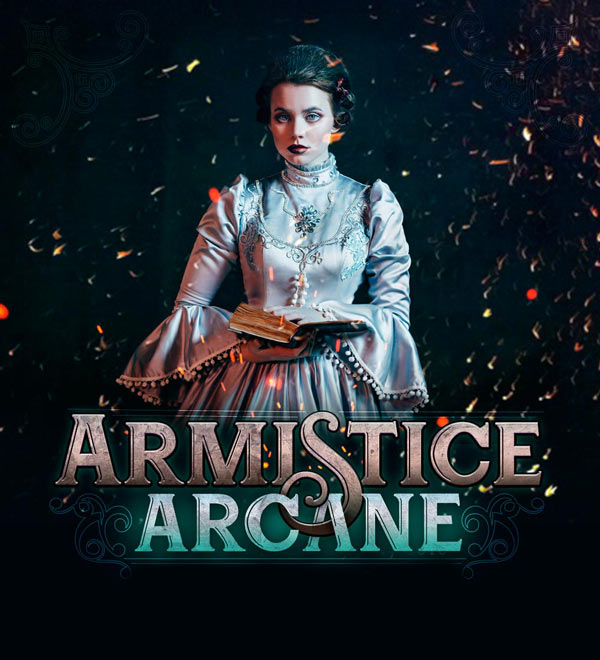 The Armistice Arcane is a blockbuster LARP that provides not just a game, but an experience.